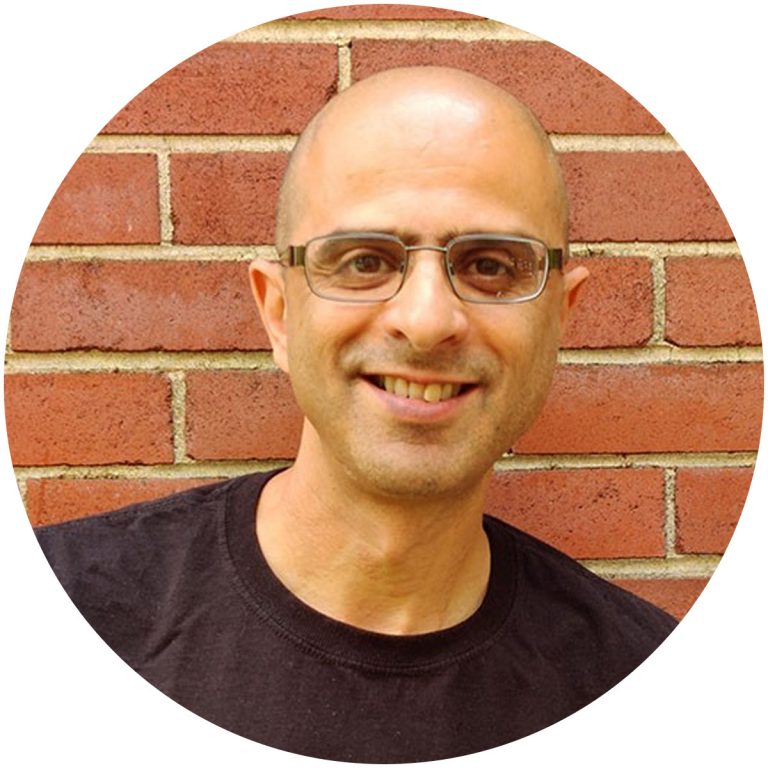 Dr. Eldad Tsabary’s main areas of expertise are in the domain of sound studies—specifically (1) sonic aural training and (2) live electroacoustic performance. Through these areas of inquiry, Tsabary has been developing educational approaches, tools, and strategies to better-understand and transform the diverse internal processes involved in sound perception, organization, and creation—both individually and collectively within an ensemble. Through cyclical, ground-up, collaborative research projects, Tsabary has been seeking ways to adapt the educational environment to emerging contexts, goals, and ways of knowing and learning among individuals (of various cultural and neurodiverse backgrounds).

He has been teaching electroacoustic performance, composition, and ear training at Concordia University (Montreal) since 2005, where in collaboration with his students, he created the Concordia Laptop Orchestra (CLOrk, 2010)—one of the largest and most prolific electroacoustic ensembles worldwide. With dozens of performances in prestigious festivals and venues worldwide, CLOrk has served as a fruitful research-creation platform for investigating the nature of collective improvisation, mediation, and creative process; and developing approaches for equitable, collaborative, neurodiverse co-creation.

With students and professors as co-researchers Tsabary has been developing strategies, pedagogies, and technologies for sound-focused ear training that encourage critical self-reflection, provide informative timely feedback, and foster self-motivated growth. Most recently, Tsabary has been leading the creation of Inner Ear—a SSHRC-funded browser-based collection of sonic-aural-training tools designed around principles of transformational education and findings from motivation studies.

As chair of ICOAH for four years, Dr. Tsabary brings a rich experience in administration and leadership. In recent years he co-chaired the Toronto International Electroacoustic Symposium (2016) and the Montreal hub of the International Conference of Music Perception and Cognition (ICMPC-ESCOM 2018), among service in several other conference committees. At Concordia University he is the coordinator of Electroacoustic Studies at the Department of Music, and coordinator (interim) of Interdisciplinary Studies at the Faculty of Fine Arts. He is also currently the president of the Canadian Electroacoustic Community (CEC)—Canada’s national electroacoustic association. Eldad received his doctorate in music education from Boston University. 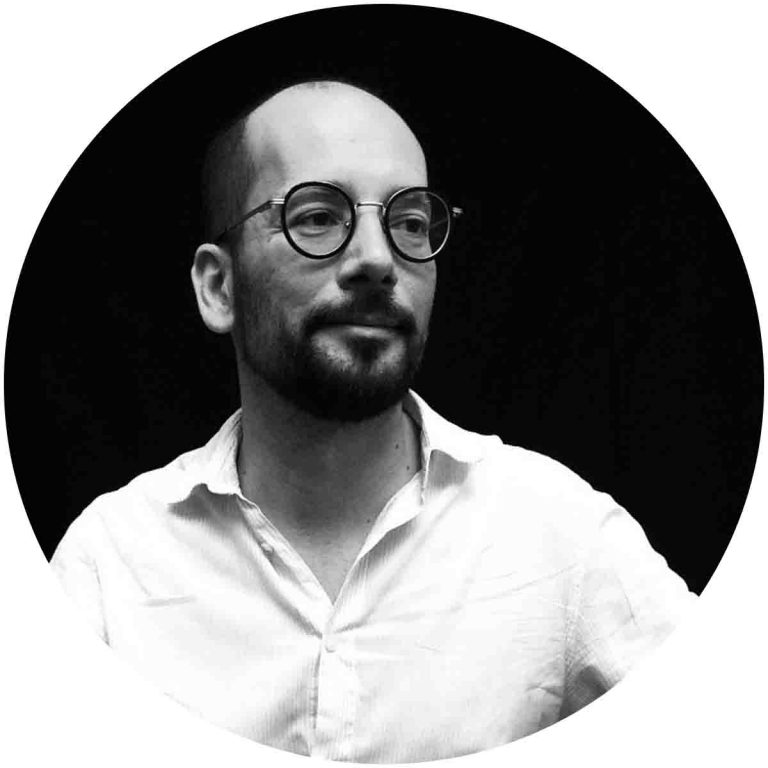 Title: “Walking on ice: Technological Creation and Innovation in Film”

Title of the speech : Interactive Film: The Forking Paths

Bruno Mendes da Silva is graduated in Cinema and Video in 1995 from School of Arts of Oporto (ESAP), got his post-graduation in Arts Management in 1998 from Macao Institute of European Studies (IEEM), got his PhD in Literature and Cinema in 2008 from University of the Algarve (UALG), Portugal and his Post PhD in Communication, Culture and Arts (Interactive Film) in 2016 also from UAlg. He is the Coordinator of Communication Sciences area at School of Education and Communication (ESEC) and the Director of the degree in Communication Sciences. He is the Vice coordinator of the Research Centre for Arts and Communication (CIAC). He was a TV Producer and Director from 1995 to 2000 at Teledifusão de Macau (TDM) and has been invited to International Art and Film Festivals such as Fresh (Thailand), Dokanema (Mozambique), Loop (Spain), Festival de la imagen (Colombia) , Ecologias Digitales (Colombia), The Scrip Road Macau (China) and FILE (Brazil). He has participated in 21 scientific projects (as investigatorin-charge or research member) and is the author of several books, book chapters and other scientific publications (over 70). It has several doctoral and master thesis orientations completed. He is the Director of the Journal Rotura – Communication Sciences and Arts . He has dedicated the last two decades to the research of the relations between Communication, Art and Technology and won the Ceratonia Scientific Award. 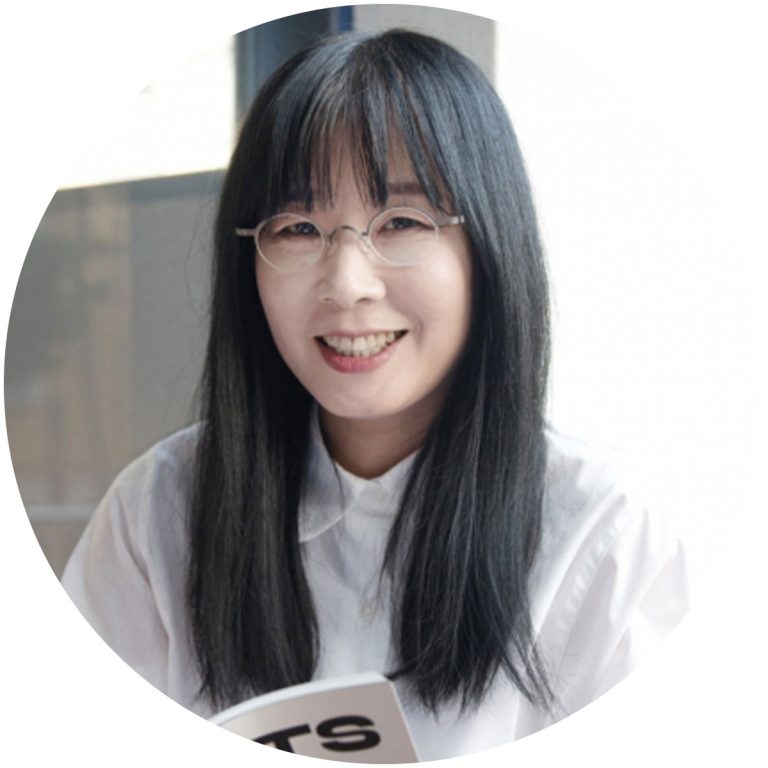 Title: “The Encounter Between Art and Network and its Political Impact”

Dr. Jiyoung Lee works as a Research Professor at Semiosis Research Center of Hankuk University of Foreign Studies in Korea since March 2022. Before joining the HUFS, she taught Western philosophy as a visiting professor at Daeyang Humanity College, Sejong University from 2018 to 2022.

PhD in Philosophy at Seoul National University, Korea (2002-2007) Thesis Title: “A Study on the Concept of the Movement-Images in Gilles Deleuze’s Cinema”

BA in French language and literature at KyungSung University (1989-1993)

“Beyond the Time-Image in Deleuze: Network-Image” in Digital Revolution and Music, Monopoly, 2021

“Afterlife of Atlas Mnemosyne” in Elke Marhöfer (ed.) Nobody know when it was made and why, Archive Books, 2015 (in English)

“Modern Expansion of the concept of ‘Montage” in International Deleuze Conference Symposium in Henan Univerity, Kaifeng, 2013 (in English)

“Movement, Time and Human: Renaissance Perspectivism and The Annunciation, and Baroque” in The Paintings that Philosophers have Loved, by Allep Publishers, 2013

Viki King, How To Write a Movie In 21 Days, Perenial Library, 1988 (Translation published 1999 by Chingu Media Publisher in Korean) 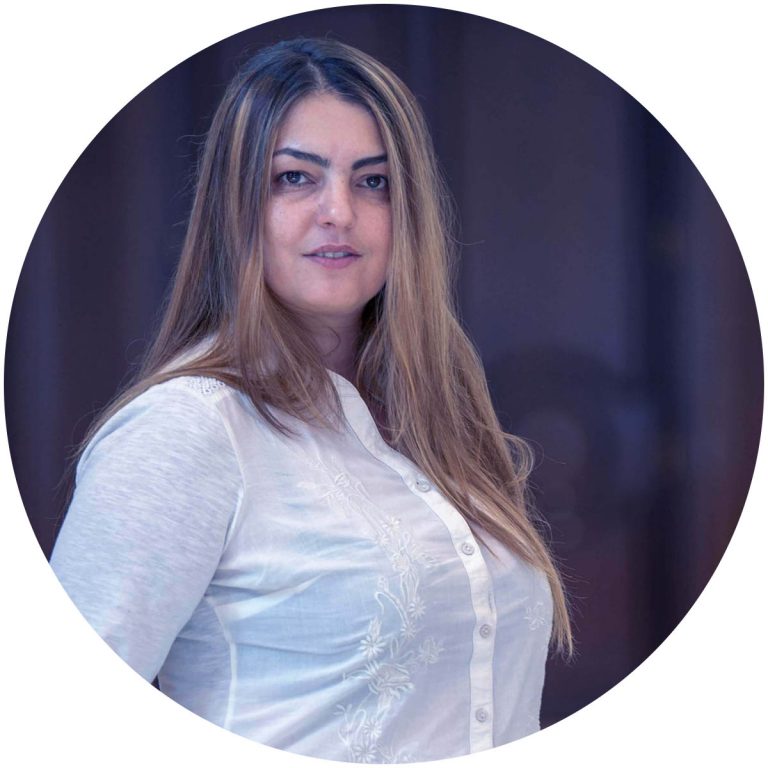 Title: “When Technology interferes in our Moral Decision-Making“

Dr. Malaeb attended the American University of Beirut as a student in Political Science. Enrolling in two courses of Philosophy changed the trajectory of her life and scholarly interests. Keeping her Political Studies as a minor degree, Prof. Malaeb graduated from the American University of Beirut with a Major in Philosophy. Being fluent in French, she made use of this advantage to pursue her graduate studies at Saint-Joseph University in Beirut where she had time to ponder Political Philosophy, specifically the concept of property, and develop a hypothesis considered by her superiors as rigorously thoughtful and exclusively new – namely, the property instinct.

In her Masters research, Prof. Malaeb focused on the social contract philosophy and especially the work of John Locke, Thomas Hobbes and Jean-Jacques Rousseau in relation to her own hypothesis of the property instinct. As for her PhD dissertation, she is still delving into the same subject, on a broader scale, where her area of research is now the German philosophers G.F.W. Hegel and Karl Marx on the theme of alienation in relation to their own property instinct.

Although having several years teaching experience, Dr. Malaeb considers herself a passionate student who is always in the process of learning new things when it comes to teaching. She considers teaching in general and teaching philosophy in particular as the passions of her life and owes this to the influence of great professors, like Dr. Jad Hatem, Dr. Paul Salem, and Dr. Aziz al Azmeh among others. 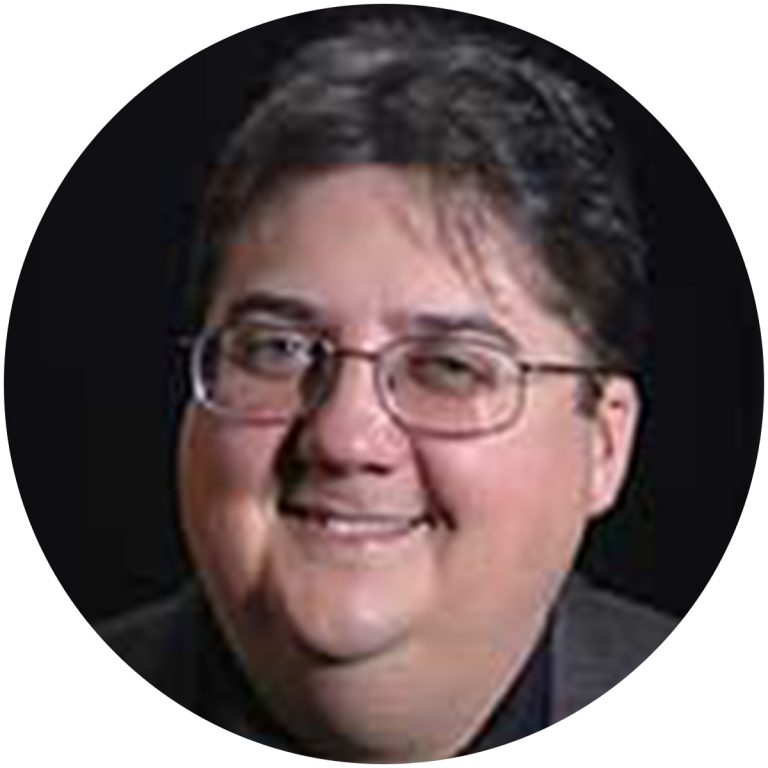 Professor Zani is an interdisciplinary scholar with BA degrees in English, French, and Philosophy, with an MA degree in Philosophy and a PhD in Comparative Literature. He received his PhD from Binghamton University, a tier-one Carnegie research institution, and has served as a teacher and administrator for over 20 years at multiple institutions in the US and abroad. Author of an international textbook on freshman composition and a recent co-written book on film scholarship, he has over 50 lectures, presentations, and publications, including articles specifically on the philosophy of Technology presented at DEFCON, the largest and most prestigious US conference on Computer Science. He has invited lectures and presentations at Harvard and Yale University, with expertise in a wide range of topics, lecturing at conferences or writing papers and books on Literature, Psychology, Computer Science, Mass Communications, Film, and History. He has taught hundreds of preparations of graduate and undergraduate classes, both online and face to face, in Literature, Philosophy, History, Political Science, and Art departments, and has been a director or supervisor of multiple MA and PhD theses and dissertations. His research interests include traditional literary themes such as British Romanticism, American Studies, Bible Scholarship, comparative literature, and Child and Young Adult literature, as well as detective fiction, horror, and popular culture. He has published or lectured on authors from multiple cultures and languages, including French, Spanish, English, Portuguese, Arabic and Japanese texts. Having recently finished work as a Dean of Arts & Sciences and Dean of Academic Support in the Arab Emirates, he is currently an instructor and consultant, working for multiple public and private universities in the US, including teaching in the US Federal Prison system. 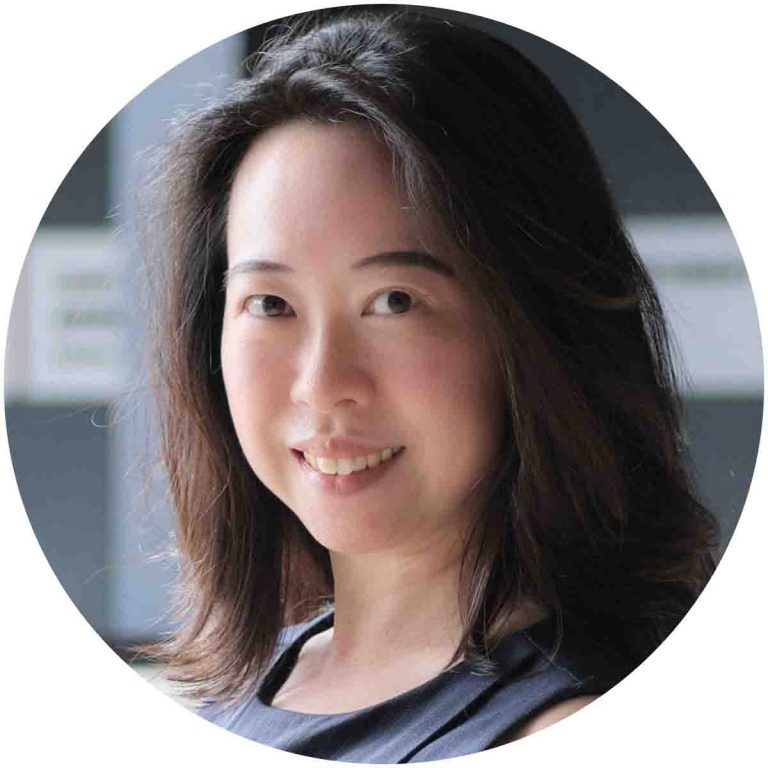 In the past five years, Wong has given over 30 keynote presentations, seminars and workshops at international and national/regional T&L events. She is particularly interested in e-learning and pedagogical innovation, as well as Faculty Learning Communities (FLCs) on various topics including Teaching Portfolio, Blended Learning.

Wong led the creation of Creativity, the first MOOC of the University of Macau (UM). The course was launched in September 2018 and is listed by the Ministry of Education of China as a national first-class undergraduate course (國家級一流本科課程). Thus far, Creativity is the only online course from Macao to receive the recognition.

In addition to holding a PhD in English Literary Studies from Leeds University, Wong, a classically-trained musician, also holds professional titles of FTCL (Piano) and LTCL (Voice) from Trinity College London. She is conductor of Coro Perosi Macao and vocal coach of UM Choir. 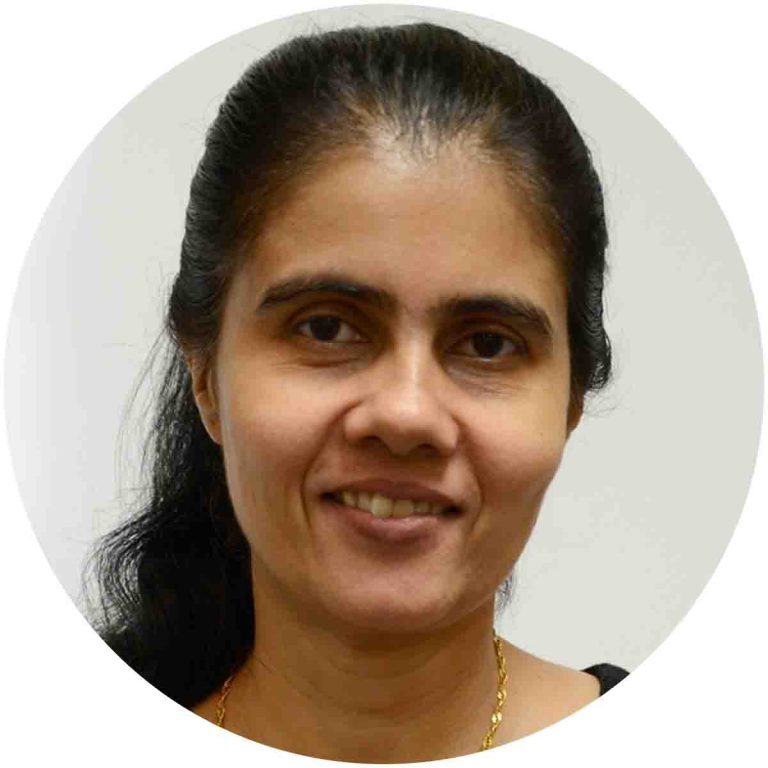 Related Topics
What are the important dates I need to know?
What are the publication options I have?
What are the benefits I will receive for the investment?
Is there any FAQ forum?
How can I contact you?