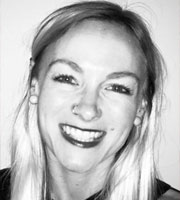 Bryn received her PhD in English literature (British Romanticism) from the University of Oxford (UK) in 2017, after which she worked as a Postdoctoral Fellow in the Department of English at the University of Manitoba (CA) and received a Research Affiliateship with the UM’s Institute for the Humanities, a body that celebrates and advocates for cross-disciplinary research. Between September 2019 and December 2020, she worked as an Instructor in the Department of English at Kwantlen Polytechnic University (KPU) and then as an Interdisciplinary Instructor and as an ARTS-3000 Contract Instructor. She is a member of The Social Justice Centre and of KPU’s Inside-Out Prison Exchange Program and its Arts Antiracism Committee and seeks to connect higher education to social justice and activism. Bryn is currently organizing an International Fall Forum (virtual), “Redesigning Our World,” with a group of students, academics, artists, and community members—the forum will be held from September 10 to 14, 2021. Bryn has had articles published in Essays in Romanticism and Studies in the Literary Imagination, and she is currently co-authoring a chapter with Dr. Carol-Ann Farkas (MCPHS University) for The Routledge Handbook of Health and Media—“Climate Health is Human Health: Working Through Eco-Anxiety with the Written Word in Print and Digital Media”—to be published in 2021, and co-editing, with Dr. Katelyn Dykstra, a collected volume, Intersex and the Health and Medical Humanities, to be published by Bloomsbury Publishing in 2021. She recently presented a paper, “Making Waves: Ripples of Consciousness in Mary Shelley’s Frankenstein,” at “The Science of Consciousness Conference” (virtual). This paper is part of a larger project, “Books, Brains, and Benevolence: An Interdisciplinary Study of Empathy,” which advocates for a radical shift from a self-focused to an other-focused society and for a renewed awareness of how intimately connected we are to one another and to our environment. Indigenous ways of knowing and being are fundamental to this change. Bryn adores connecting and teaching, and she is constantly learning from her brilliant students—they are going to save the world! You can check out some of her writing and interviews on her website. 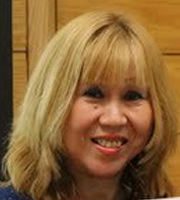 Professor Valerie Ross, PhD, is an accomplished composer-researcher with works performed in major cities in Europe and the Asia-Pacific. Her music has been premiered at various festivals including the Cambridge Festival of Ideas, International Rostrum of Composers, Darmstadt International Institute for New Music and the International Society for Contemporary (ISCM) Music World Music Days in Warsaw, Stockholm and Essen. She has received awards from the Rockefeller Foundation, Japan Foundation and Commonwealth Foundation. Professor Ross is the Director of the Centre for Intercultural Musicology at Churchill College, University of Cambridge. She is also a visiting professor at the National Academy of Chinese Theatre Arts, Beijing. Prof. Valerie is a member of the Faculty of Music, University Teknologi MARA. 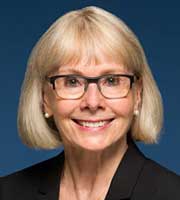 Professor Hjort’s research spans the fields of literary studies, theatre studies, philosophy, and film and media studies. Much of her research has focused on the cinemas of small nations, with an emphasis on practitioner’s agency, creativity under constraint, gift culture, talent development, transnational collaboration, and artistic projects as alternatives or complements to cultural policy. Current research interests include moving images in the context of health and well-being, the ethics of image-based biographical fiction, and environmental aesthetics and green filmmaking.